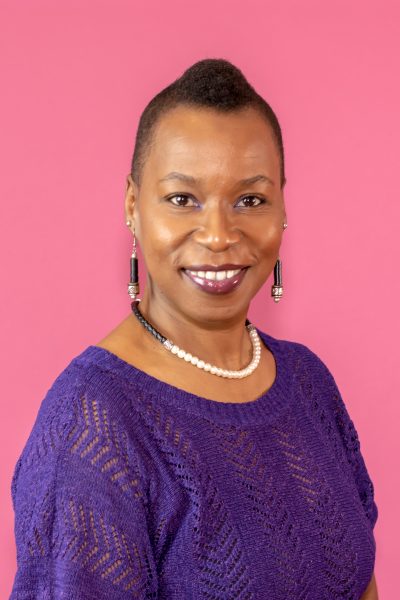 Yolanda Jack is a Detroit native and the board member at-large of Black Mothers’ Breastfeeding Association. She is an award-winning actress and an Educator and Youth Programs Director at Charles H. Wright Museum, where she creates and facilitates programs focused on middle and high school students, introducing them to many aspects of African and African American history.

After graduating from Cass Technical High School, she attended Howard University for Acting, eventually switching to Theater Administration. At Howard, she managed the stage for concerts for the likes of Phyllis Hyman, Stephanie Mills, and George Clinton. Yolanda graduated from Wayne State University with a Bachelor of Arts in Acting. After 10 years on the East Coast, she returned home, and continued a prolific acting career, worked at Mosaic Youth Theater as the Technical and Touring Coordinator, began a family, and established One World Theater Company with her husband, Phillip Jack. Among many awards, Yolanda has won Actress of the Year from Detroit Repertory Theater in both 2011 and 2018. She credits her early work at Crossroads Theater, where luminaries like Ruby Dee, Ossie Davis, and others encouraged her, for setting the standard for her career.

Yolanda is an emeritus member of the Detroit Public Television Community Advisory Panel, and she is the First Vice President of the Advisory Board at Divine Intelligent Versatile Artists, Incorporated (DIVA, Inc.) She is an advocate for youth, families, and women.