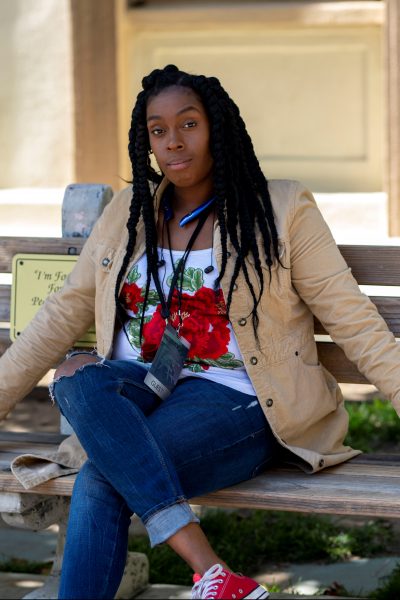 I’m Lakisha Cohill, a 34 year black mother, photographer, and activist from Birmingham, Al. I’m a mother first to a beautiful, exceptional, and marvelous 16 year old little girl, who actually saved me from a life of destruction, and for that I owe her everything. Life definitely hasn’t been a set of Crystal stairs, but I’m grateful for every obstacle because they’re what transformed me into the person, mother, and artist I am today. My childhood began in Shelby County, where I spent some of  my adolescent years, and ended in Birmingham, Alabama where I transformed from a broken child into a phenomenal woman, and have resided for 25 years now. My passion for art began at the age of 6, the world around me was so ugly, dark, and depressing, so as a child I allowed my imagination to run away with me. I saw the beauty in everything, the poverty stricken area I grew up in, my mother who never really showed me any love, and the 5 family members who stole my childhood. I always had a different perspective of life, and the flowers growing from the concrete represented me, I just wanted to show the world that no matter how bad things seem there’s always beauty in every ugly situation. I attended Lawson State Community College where I obtained an Associates in Arts, and continued my education at UAB where I obtained a BA in Telecommunications. I’m currently attending UAB earning my bachelor’s degree in science majoring in psychology to figure out how to break the general cycle of mental illness within the black community. I started my Cinematography company in 2016, and the reason it was started wasn’t to gain financially. I began my company as a way to raise money to fund the mentoring program I started the same year. I started a program where I teach at risked children the art of photography, and film to keep them off the streets, in school and focused. In exchange for a donation, no matter the amount I would provide a media service. It also allowed me to provide photos for family at a great price who simply couldn’t afford them. why I became a photographer, so I could create beauty from every ugly situation, and when I accomplish it the joy I feel is indescribable. I just wanted to change the world through art by changing every bad situation into a beautiful moment! Outside my love for children, I also grew a love for mothers, parents, and families, especially the ones from my community. The stereotypes that are placed on us, and by us I mean Black people are depressing, degrading, and I was on a mission to change that. I created a #MyBlackIsBeautiful Movement in 2017, and began creating content that showed black people do it to. I highlighted black doctors, lawyers, actors, married couples, black fathers raising their children, and my favorite black moms nursing. In 2017 I shot my very first breastfeeding piece of 9 black moms breastfeeding their babies and it went viral. Since then my work has been featured on major platforms such as Huff post, People Magazine, Popsugar, BET, YAHOO,Essence, Ebony, and many more. The goal of my work isn’t to be famous, but to change the world by telling stories through my lenses, and creating beauty from ugliness. Hope you enjoy it just as much as I enjoyed creating it.