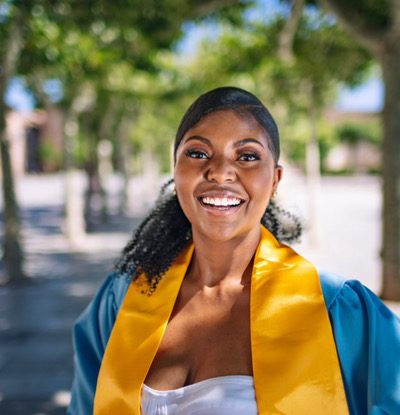 Monesha Woods is Black Mothers Breastfeeding Association’s Communications Associate. With a background in the written, audio, and visual mediums of broadcast journalism, Monesha has built a professional understanding of the ever-changing world of multimedia. From Capitol Hill to tenure in editorial where she penned articles shared by Yahoo! and MSN, Monesha has purposely explored the range that exists within the communications industry. She has also focused on cultural immersion, an endeavor that led her to Madrid, Spain.
Recognizing the importance a broad global awareness plays in storytelling, she served as an ambassador for the United States and its customs as she taught the mechanics of the English language to her 1st through 4th grade classes. While in Spain, Monesha recognized communication as the universal language that it is, one that transcends language barriers and exists when words don’t. Intent on learning during her time abroad, she then pursued her Master’s degree in Teaching Spanish as a Foreign Language from the Universidad de Alcalá. This degree, solely taught in the Castilian dialect of the Spanish language, allowed Monesha to examine the pedagogy of linguistics while simultaneously sharpening her own Spanish-speaking abilities. She graduated with her Master’s degree from the Universidad de Alcalá in 2020 and is also a proud graduate of Howard University with a Bachelor of Arts in Media, Journalism, and Film.
Monesha looks forward to chartering new territory in media, but this time within the social sector with the Black Mothers Breastfeeding Association. As she continues to evolve as a communicator, Monesha remains fully committed to using her voice to uplift and serve the communities she is part of.